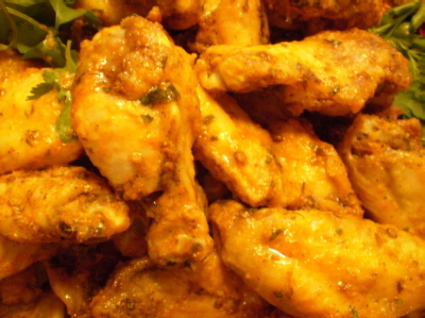 Not for the faint of heart, these pieces of piquant poultry get their heat from Thai Sriracha sauce. A great base marinade of cumin, coriander and cinnamon grounds the fiery heat of these wings. Perfect for game time, or anytime you want a little change from the typical, and now wimpy, “wing.” Temper the heat with a cool, yogurt-lime dipping sauce. 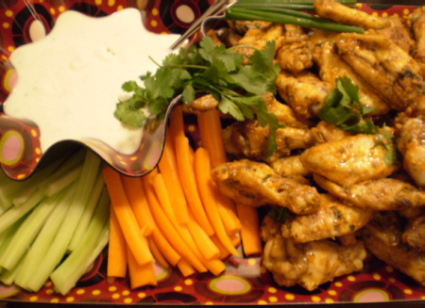 In a very large, non-reactive bowl, toss wing portions with coriander, cumin, cinnamon, salt and olive oil. Cover and refrigerate for at least 4 hours or overnight.

Preheat oven to 400 degrees. Spread wings on large, rimmed baking sheets and roast for about 1 hour, turning once, until crispy and golden.

Add wings to sauce in the large bowl in batches and toss to coat. Transfer the coated wings to a platter, leaving remaining sauce behind for the next batches. 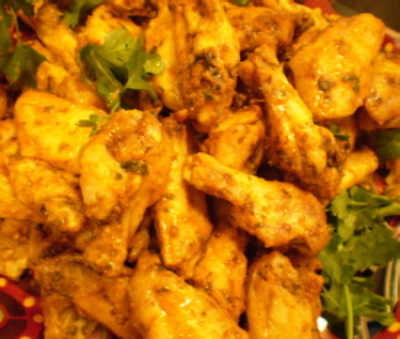 Mix all ingredients together. Refrigerate until ready to serve.

*Based on a recipe by Michael Symon.