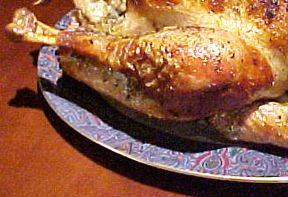 So there was this hurricane… 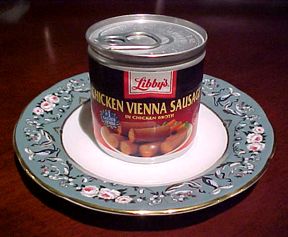 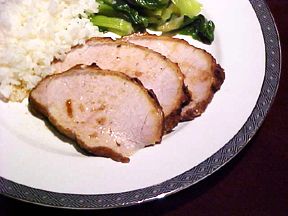 In preparation for Hurricane Rita’s impending arrival, I ran to the grocery store for supplies. Since they were out of many essentials, including water, I found myself with the following:

There was so much salt in these things I figured I could just toss them onto the floor in case it flooded. It would dry up in no time. I knew I had to come up with something a little more palatable.

I turned my sights toward my well-stocked freezer. You see, my friends, I am a hoarder. If a meat item is on sale, I buy nine of them (limit? schmimit – I’m on first name basis with the checkers). Ask any of my friends or family. They joke, they laugh, they criticize my three beef briskets (one corned), three blade roasts, six ribeye steaks, two T-bones, four NY strips, and five pounds of ground beef. The three pork shoulder roasts, two pork loins, one pork tenderloin, six pounds of pork chops, two pounds of ground pork (for my own sausage) and 12 pounds of country style ribs. Not to mention the ten pounds of smoked sausage (venison, pork, and beef), eight pounds of hot dogs (beef and turkey), nine pounds of chicken breasts, one smoked ham, one turkey, and six whole chickens. And three pounds of bacon. Various packages of seafood and frozen veggies round out the inventory. Well, for all of those who have asked, “when are you going to eat all of that?” I now had an answer…NOW!!!

Faced with losing power for many days, our neighbors and I were prepared to use charcoal and propane to cook my stash of food. However, I knew that some of the food was of greater benefit to us in the cooked state rather than the raw. So Wednesday, while others were out boarding up their windows, gassing up their cars, and getting on the road, I cooked a five-pound pork loin and a four-pound chicken. 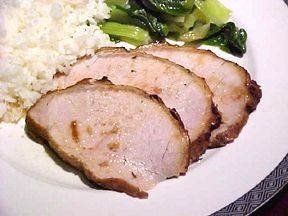 The pork loin I simply baked with a tasty spur-of-the-moment soy sauce/worcestershire sauce/balsamic/garlic glaze. I thought it would be fine eaten cold, wrapped in some of the 160 tortillas I had in my freezer…oh yeah, forgot about those!

The chicken I “oven-fried” (an oxymoron, according to a friend) seasoned with garlic pepper, rolled in bread crumbs, baked until crispy. Who doesn’t like cold fried (ok, baked) chicken?

Thursday, while most of Houston was stranded on the road, and the rest were at home biting their nails, I busied myself braising beef ribs and a roasting 12-pound turkey. Cooking the turkey served two purposes: it would provide about twelve pounds of meat to eat (either just as is, with a little mustard, or in sandwiches with some of the three loaves of bread in the freezer…yeah, yeah, I have bread in there too!) and it would also make room in the freezer for the big container of ice I’d been saving. So, at 11 pm, I started the turkey. We were all going to be wide awake watching our impending doom on TV, so why not distract myself with cooking? I melted a stick of butter, added garlic, onion, lemon juice, thyme, oregano, tarragon, paprika, brown sugar, salt and pepper, spread it all over the bird, and cooked away. 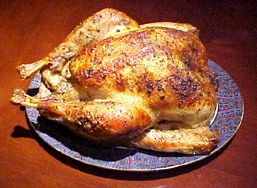 At 2 am Friday morning, I was munching away on a turkey wing. I rehearsed the most efficient way to drink water from a stock pot, and watched the storm move slowly toward us. I was prepared: the sliced meat was ready to eat, the chicken pieces ready to be devoured. I had also made lots of steamed rice, and visions of a lovely fried rice, with all the leftover meat, cooked in the wok on a propane stove, danced in my head. I had eagerly cut up green onion and ginger in anticipation. I had eggs; I even had bean sprouts!!

But alas, the storm missed us. Grateful as I was at being spared, I was now faced with a bigger problem: WHAT TO DO WITH ALL THIS FOOD?

I didn’t despair for long; friends and family, starved for home-cooked food after being on the road, came and “helped” me get rid of most the grub (“oh, we’re SO glad you had all of this food…”).

Adventures in Crockery Cooking, Part One